Please Log In to take the compatibility test or to check your profile strength.

To help you find and connect with your compatible jobmate and employers who offer job sharing opportunities. 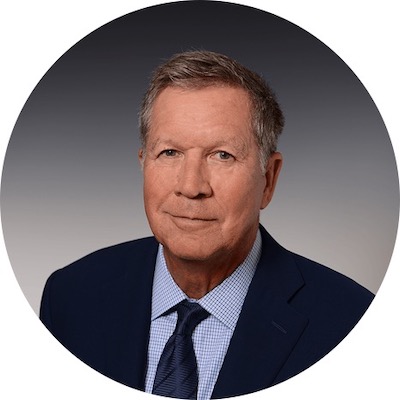 We welcome former Ohio Governor John Kasich to our Advisory Board.

“Today, both parents are working in an overwhelming majority of American households. Research shows that family-friendly corporate policies not only help the family, but they also help the company as well.”
– Gov. John Kasich Columbus (OH) Urban League Speech, May 17, 1999 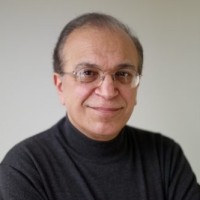 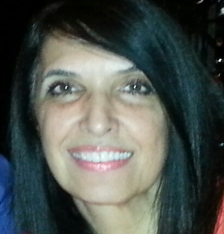 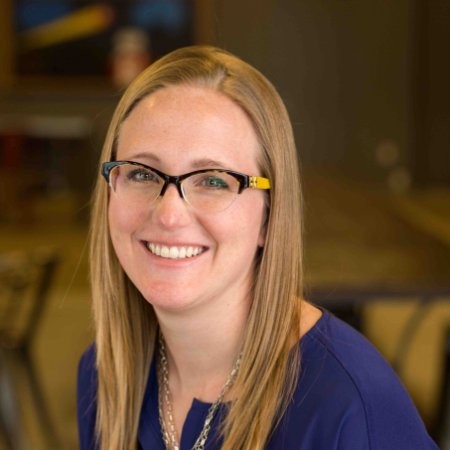 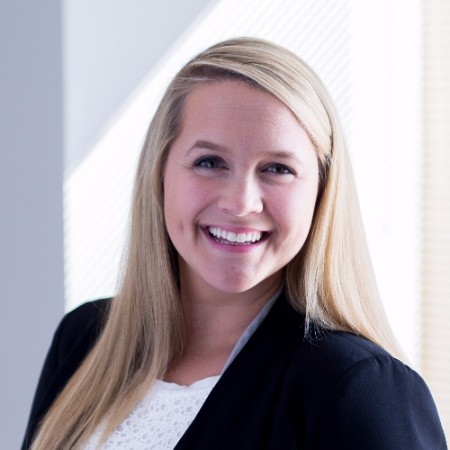 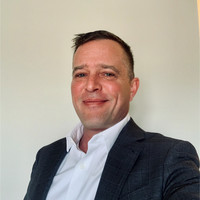 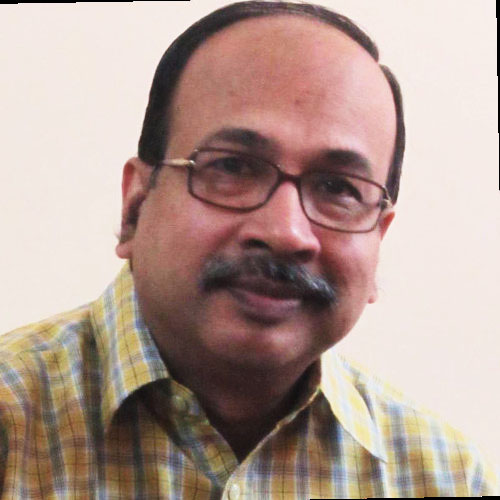 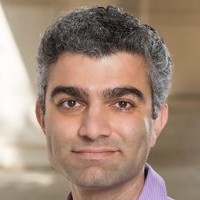 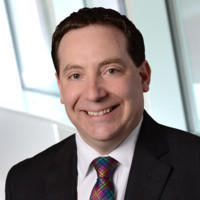 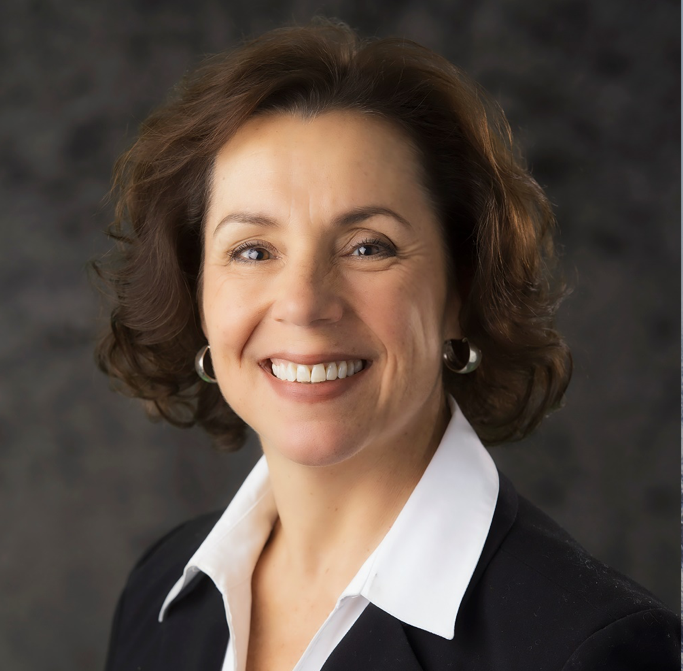 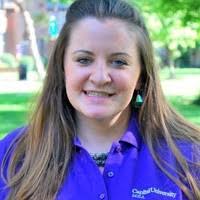 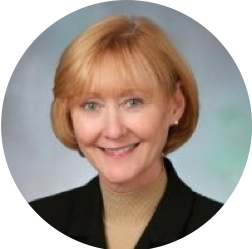 CAO for the United States Institute of Peace in Washington DC

Taymoor Arshi is the founder and CEO of Job Pairing. He spent 22 years at Intel as a Director and General Manager building innovative solutions for enterprise IT including the first live video communication for PCs, the first Web Hosting Services in industry (Intel Online Services) and Active Management Technology for remote management of client and server platforms.

After a successful career at Intel, he joined Arbitron (acquired by Nielsen) as the CTO and Senior VP responsible for company’s 2nd generation TV / Radio viewership / listenership device known as PPM 360 which was successfully launched in 2010 and is currently in use for all major Networks and Stations. He then served as Corp VP of Software at AMD for two years prior to exploring his passion for startups.

Since 2012, Taymoor has worked on three startups. Addly was a mobile app for improving mixed media Ad efficacy targeted for advertisers and agencies. Prevoo (Live Contacts) was a consumer mobile app for live connectivity, priority messaging and safety for families. His latest startup, Job Pairing, is a platform for professionals to implement the job-sharing work model.

Shala Arshi is a high-tech industry veteran with extensive technical, management, marketing, and business development experience. Shala has worked at Intel Corporation for over 30 years in variety of roles including product development, managing organizations, leading industry standards, building partnerships and ecosystems, as well as marketing and promotion of several products and technologies where she was consistently recognized for execution and driving concepts to clear business results.

Shala has also worked at Intel Capital (the VC arm of Intel) for several years as strategic investment manager where she gained business acumen, equity investment, portfolio management, and M&A experience. In addition, Shala is the co-founder and president of Women in Big Data, Inc. a non-profit organization championing the success of women in technical careers. She has an MS degree in Computer Science from Oregon State University.

Meghan Dillon is a product development professional with 20 years of experience creating, analyzing, designing, enhancing, and leading the implementation of technology solutions across mission-critical enterprise platforms for global companies. She is recognized for her ability to build collaborative relationships with stakeholders and teams across the multiple organizations in which she has been a part of including Rackspace, Oracle, ATG, ARINC, US Bank, and Trihealth. She is an analytical problem solver with quantifiable success in training, mentoring, and leading teams in achieving high customer satisfaction ratings for F500 companies.

In May 2019 she completed her MBA from Capital University and also holds a BS in Computer Science from Ohio University. Lastly, she is a mom to Wyatt—11, Ruby—8, and Cecilia—5, and a wife to Todd. In her spare time loves to travel, and help young kids learn to code.

Julie has 6+ years of combined agency and corporate marketing experience, with an emphasis on copywriting and content strategy. She has worked across eight industries in both the business and consumer spaces.

Julie went on to support virtual availability leader, Veeam Software in the global integration of product messaging as they climbed towards their goal of $1 billion in revenue. Julie played a critical role in messaging flagship products, including Veeam Availability Platform, and partnered with VMware, Microsoft, AWS and IBM for alliance partner product launches.

Julie currently supports brands such as JPMorgan Chase, Darden, Kraft-Heinz, Walmart and Georgia Pacific in the role of Senior Copywriter under the global agency, Publicis Groupe. In addition, she owns and operates her own editorial service, Small Mountain Editorial, LLC. Julie earned her BA in Communication from the University of Cincinnati and her MBA from Capital University.

Brian Becher is a marketing professional with 16 years of experience leading high-performing marketing projects from initial concept through completion. Consistently successful in increasing sales revenue and growing businesses using market insights, analytics, strategy, and creativity. Proven results with omni-channel marketing plans, new product innovation, advertising campaign development, process improvement, and management. He has founded multiple companies in a numerous industries, and has worked with a variety of clients including, The Smithsonian Institute, The Ohio State University, The Wexner Medical Center, Ohio Health, Hilton Hotels, Northwestern Mutual, Huntington Bank, and Porter Wright Law Firm. In December of 2018 he completed his MBA from Capital University and also holds a Bachelors in Fine Arts from The Ohio State University.

Atul Prakash Agarwal is the Founder and Managing Director of Apt Software Avenues Pvt Ltd. in India, a boutique software company which provides software development and product engineering services to organizations around the world, specially to technology startups. Atul has over 25 years of experience in building complex software systems both in technology and enterprise business domains, including energy exploration and operation, mobile platforms, embedded systems, semiconductor simulation and high-speed networking. Atul has worked with many technology startups in the Silicon Valley, Europe and the Far East.

Arjun Malakar is the creative director and partner at Transnational Business Solutions, and he holds over a decade of experience in a variety of design disciplines. From digital and print to architecture and animation, he has worked internationally at multiple design firms and companies, including Forbes in New York. Arjun is currently based in India, and his extensive knowledge of the backend, first-rate communication skills, design aesthetic, and enthusiasm have proven to be integral assets. He holds a Bachelor of Architecture degree from the School of Planning Architecture, New Delhi, and a post-graduate degree in 3D Animation & Special Effects from the Vancouver Film School, British Columbia.

Reeshad S. Dalal is a Professor of Industrial and Organizational Psychology at George Mason University. His primary research areas include: (1) employee performance, (2) the interplay of work situations and personality, (3) judgment and decision-making at work, (4) job attitudes and mood/emotions, and (5) organizational science approaches to cybersecurity. With regard to Job Pairing, he brings expertise in areas including, but not limited to, person-person and person-job fit, team charters, teamwork skills, and work handoffs from one employee to another.

Reeshad has obtained over $4 million in funding as Principal or Co-Principal Investigator, primarily from the Department of Homeland Security, the National Science Foundation, and the Army Research Institute for the Behavioral and Social Sciences. His research has been published in top-tier academic journals as well as practitioner- and policy-focused outlets.

Ethan J. Frank-Collins is an energetic leader with more than 20 years of Human Resources experience in healthcare, heavy industrial metals manufacturing, consumer-facing home and hardware production, and corporate support & consulting. His work in these varied roles and settings gives Ethan a unique perspective, allowing him to tap into a broad knowledge-base to bring creative solutions to today’s workplace challenges.

Ethan’s professional experience is augmented by a BS in Industrial and Labor Relations from Cornell University, an MBA from West Virginia University and Senior Professional in Human Resources (SPHR) and Society for Human Resource Management – Senior Certified Professional (SHRM-SCP) certifications.

Beth Hansen is a founding partner and Chief Operating Officer of the Kasich Company, a strategic consulting firm located in Columbus, Ohio. From 2011-2019 Hansen served as Chief of Staff to Ohio Governor John Kasich and managed his 2010 successful challenger race for Governor and his 2016 Presidential campaign. Prior to her state service, Hansen spent eleven years as State Director and Senior Advisor to US Senator George Voinovich, and successfully managed his 1998 run for US Senate. A graduate of the University of Michigan with dual degrees in Economics and Political Science, Hansen serves as a Commissioner of the Ohio State Racing Commission. She and her husband and two daughters live in Bexley, Ohio.

Two-term former Ohio Governor John R. Kasich is a policymaker, a New York Times best-selling author, a former FOX television host, and ultimately an American citizen who believes that unity is the answer to our most common problems.

Kasich has had a storied career in both the public and private sectors. He served as a member of Congress from central Ohio for 18 years. He was elected to the U.S. House at just 30 years old, after having become the youngest state senator in Ohio history. He went on to become the chairman of the House Budget Committee and balanced the Federal Budget four times—a feat not accomplished since. After leaving Congress in 2000, Kasich worked as a managing director in the Investment Banking Division of Lehman Brothers, where he helped companies secure the resources they needed to succeed and create jobs. Among his many noteworthy accomplishments, Governor Kasich created an improved business climate that led to the creation of more than 500,000 new jobs in Ohio.

In January of 2019, Kasich made his debut as a Senior Commentator for CNN, where he will appear across a variety of programs. Kasich is the author of four New York Times best-sellers: Courage is Contagious; Stand for Something: The Battle for America’s Soul; Every Other Monday; and most recently Two Paths: America Divided or United, which reflects on 2016 run as Republican Primary Presidential candidate and his hopes for America’s future. His latest book, entitled It’s Up To Us: Ten Little Ways We Can Bring About Big Change, was released on October 15, 2019.

Kasich is a graduate of The Ohio State University, where he also served as a Presidential Fellow. No longer Ohio’s Governor, he continues his roles as husband, father and American Citizen, eager for the next chapter.

She has spent the majority of her HR career working at federal contractors engaged in research and development efforts that support the national security of the United States.

Josie has an MBA from Capital University and a BS in Business Administration from The Ohio State University. She also holds the SPHR designation from the HR Certification Institute (HRCI).

CAO for the United States Institute of Peace in Washington DC

Kathie is an experienced executive with over 30 years of human capital and operational leadership. Her career has spanned multiple industries and sectors, including publicly traded companies, start-ups, not-for-profits, and the Federal Government. She currently serves as the Chief Administrative Officer for the United States Institute of Peace in Washington DC.

An expert in organizational behavior, Kathie excels wherever people, structure and scale are critical variables to business success.  Whether in the c-suite or in the board room, she helps organizations gain long term competitive advantage by engaging a broader array of stakeholders and recommitting to social responsibility, diversity, equity & inclusion.

Kathie earned her PhD in Organizational Behavior & Development from the George Washington University’s School of Business where she serves as adjunct faculty.